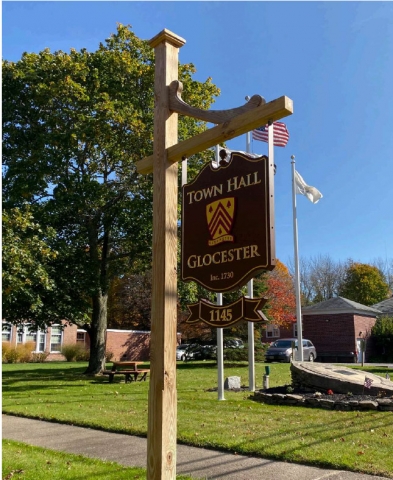 The purpose of the Chepachet Village Revitalization planning process is to build on all previous planning efforts to develop a targeted revitalization plan for Chepachet Village; to create a five-year implementation and investment plan to identify opportunities for scattered-site affordable housing integrated within a mixed-use development, preserve historic resources, strengthen and expand small businesses, improve recreational resources, improve buildings and infrastructure, implement creative re-use of property; increase tourism and develop infill recommendations. Civic Moxie has been engaged to lead the Town through a process to assess current properties, envision improvements, and target investments in Chepachet Village. This revitalization plan will identify what exists today and, using input from business and property owners, recommend innovative ways to redevelop Chepachet Village in compliance with the Town’s recently updated Comprehensive Plan through incentives and available funding sources while maintaining its rural character as a historic village center.

The Town has been working towards the revitalization of Chepachet Village since the early 1990's beginning with the Chepachet Village Planning Project, which outlined goals, recommendations and implementation steps to spur economic and historic revitalization. The Town has been steadily working its way towards implementing the steps outlined in the Plan to create an environment in which the Village's resources can thrive and expand.

Throughout the years, the Town made infrastructure improvements to enhance the visual character of the district in anticipation of attracting private investments and additional economic development opportunities
to the Village. The Town, in partnership with other agencies, saw the implementation of over $15 million in infrastructure investment contributing to the Village's character as a historic, walkable commerce center including new brick sidewalks and crosswalks, period lighting, street trees, planters, new signage and a new roundabout replacing the only stoplight in the district.

During this time, the Town significantly invested in Glocester Memorial Park, the largest recreational facility in Glocester, constructed the Senior Center in Chepachet Village to further increase potential traffic through
the business district, and acting as a leader in the revitalization of historic structures in the Village, the Town heavily invested in the historic Town Hall structure and grounds including energy upgrades, new exterior paint, significant landscaping improvements and new signage.

The Town has repeatedly invested its limited funds in improvements to Chepachet Village and made changes to its regulations to ensure that private investment also conforms to the overall vision for the area. While the Town has been driving the implementation of public infrastructure investments and regulatory reforms, many of the structures in the Village have fallen into disrepair. This Revitalization Plan is the next step in the
redevelopment process, finding ways to incentivize and assist local property owners to invest in their properties to not only beautify their exteriors but to attract new economic development and new residents to Chepachet Village, while maintaining its rural character as a historic
village center.